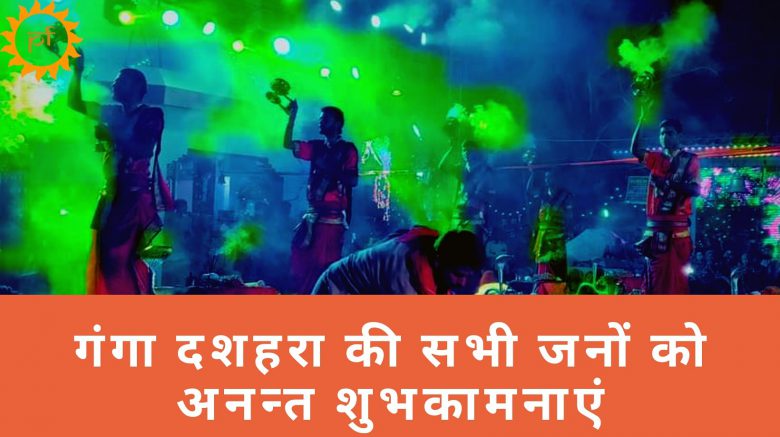 On june 20th this year Hindus across globe celebrated Ganga dussehra, The day to mark the origin of river goddess ganga. It is believed that on this dashami tithi (10th day of jyeshtha month according to Hindu calendar), Sacred river goddess ganga came down to earth from hair of Lord Shiva(Mahadev) to free the ancestors of saint Bhagirath from the curse of Maharishi Kapil Muni. This festival is observed for a period of 10 days.

Once Maharshi Durvasha who was known as his fierce mood, was taking bath in river and his clothes flew away due to breeze. Ganga who was playing close to the river, burst with unconditional laughter. Maharshi Durvasha got angry and cursed her that she will spent her whole life on earth as river. When the time came ganga took form of river and rised in Bhagwan Brahma’s kamandal in heaven

Once King Sagar, ancestor of King Bhagiratha, performed Ashwamedha Yagna to make him powerful. Indra, the King of Gods, was afraid that if King Sagar become powerful, he may try to take his position. He stole Yagna’s horses and tied them outside Rishi Kapila’s Ashram. Sagar’s sons went looking for the horses and found them outside Ashram. Assuming Rishi stole the horses, they set the horses free, but noises disturbed meditating Rishi. When he realized he was being accused of stealing, he got furious and cursed them to be burnt down to ashes.

As the rituals of death could not be completed, all 60,000 sons who were burnt down to ashes due to curse wandered as ghosts. One remaining brother, Anshuman, begged the Rishi for a solution who asked him to pray to Bhagwan Brahma and bring Ganga to Earth to purify the souls.

After several generations, Bhagiratha, descendent of Sagar, finally managed to please Brahma, who granted him his wish to send River Ganga to Earth. To control the powerful river, Bhagiratha prayed to Bhagwan Shiva to accept Ganga in his locks and release her slowly towards Earth.

River Goddess ganga flow from Uttarakhand, Uttar Pradesh, Bihar and West Bengal. The festival is celebrated on the banks of Rishikesh, Garhmukteshwar, Haridwar, Prayagraj and Varanasi. Ganga aarti on these days attracts thousands of devotees from around the world. People gather at the banks of river ganga and takes holy dip to purify their body and soul.

Water level rises in ganga from this day onwards

In many parts along the river Ganga in UP and Bihar, the water levels in the river start swelling from Ganga Dussehra onward. One reason could be the festival usually coincides with the pre-monsoon and onset of monsoon in some parts, because of which the water levels rise.

This year, due to covid norms and lockdown in different regions the celebration will not be held on large scale.